The hat is dead. Long live the hat!

About 129 years ago, or maybe more like twenty-five, my friend Traci and I went to a craft show - I can't remember if it was Hartford or Deerfield, and there was a booth called "Great Hat!" full of silly fleece hats. I bought what was probably the most restrained one of the bunch, and have worn it incessantly ever since.
That is not an exaggeration. People look for me in crowds in the winter by looking for that hat.

vynehorn has been threatening to steal it to force me to buy a new hat - and to be fair, it's gotten pretty sketchy. The fleece hasn't been fuzzy for years, and it's just tired. I would happily have bought oa new one, but it was a vender at a craft show almost three decades ago - that's not going to happen (and yes, I did Google her.)
So having cleaned up the sewing room to a useful level, today I made myself a new hat. The hat is dead. Long live the hat!
Which means y'all are going to have to look at it for another twenty-five years.  I weep for your pain. 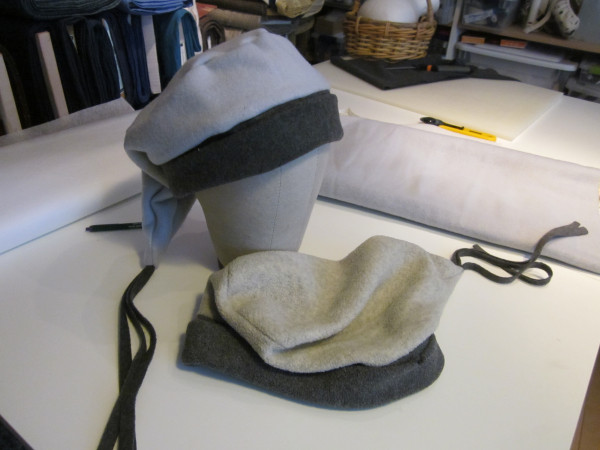