My brother gave us a clam steamer for Christmas.  A fairly expensive one, from what I can tell.  There's a story, but it boils down to "he doesn't listen."

My mother is emptying her attic into my attic.  It starts with the phrase "if you don't want [fill in the blank] I'm going to throw it out."  Most recently, that was the clam steamer.  We used to use it all the time at backyard picnics.  It's old, really solid, and they probably don't make them like that any more.  I had no use for it, but it seemed like a shame for it to be thrown away.  So I told mom "I'll take it and put it in my attic, and figure it out later."

Well, my brother sulked.  Apparently HE wanted it - who knew?  So when I found that out I told mom that I would be *delighted* to send it up to him - the only caveat being that if/when he decided that he didn't want it anymore, give it back to me instead of throwing it away, because I just don't want it thrown out (unless it rusts out or something.)

So he goes out and buys me a brand new one.  Or possibly he'd bought himself the new one, but preferred the childhood memories version and sent the new one to me.  I don't know.  I certainly can't call him up and ask.  And I don't know where it came from, and have no paperwork, and as far as I can tell no one in Connecticut carries them.  For now I'll probably just... put it in the attic.

He gave my father a drone.  So clearly he wasn't thinking any of this through.

Because I never conceived they could exist.  "Bouquet of unicorns."

Seriously.  My daughter just received one from her sister's fiance. 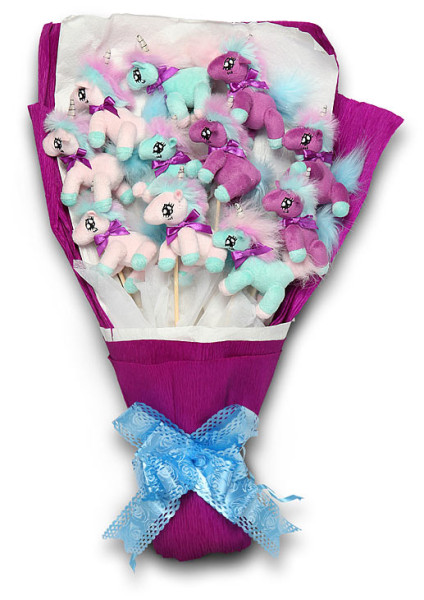 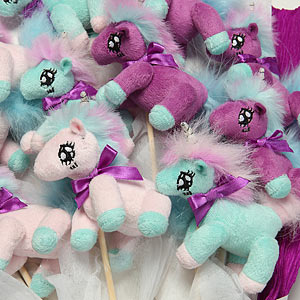 I couldn't make this stuff up.  She's delighted, by the way.

ThinkGeek, if you were wondering.
Collapse