"Re-gild the tent finials" has been on the Pennsic list for *years.*  I finally got around to it this year.  Here they are with a new coat of gold leaf.

I'm the only person I know crazy enough to gild piece of my tent.  That would be because I CAN.  :-) The problem is that I'm not working on the NEW projects, but - screw 'em if they can't take a joke. 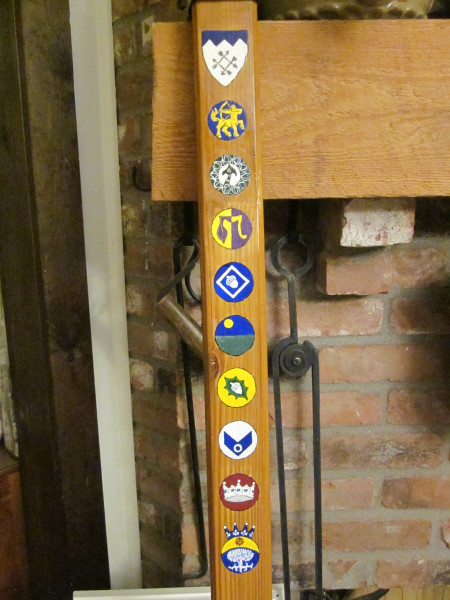 In a way, I got kind of lucky.  I like having the Kingdom awards together and the Baronial awards together, and he had the White Oak long before the maunche.  Since the badge changed when we actually registered it, I needed to strip it off anyway, so I shuffled them around.

His arms are a pain in the ass.  Because they're geometric, you can see at a glance if they're not perfect.  Then the Kingdom stuff - Sagittarius, Dragon's Barb, and Maunche. 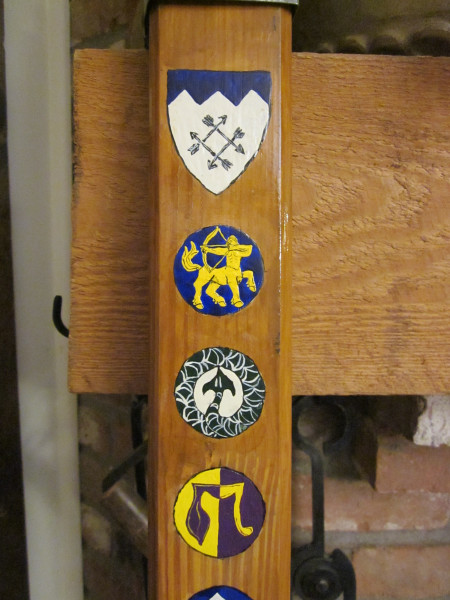 Barony stuff: White Oak, Sun and Soil, Holly, and Defender.  As far as I can tell from the Baronial records, he's the only person to hold all four.  Clearly I need to take up archery or something. The Baronage stuff: his court barony, and the landed coronet.  As an aside, that IS the baronial coronet, and the court one is a representation of the ones we've commissioned. 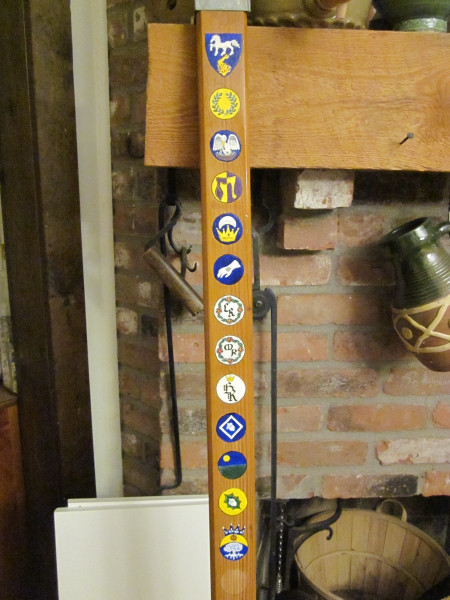 My arms are a pain in the ass because - well, look at them.  Oy.  But hey - it's a colt fire-arm!  I'm also not the best painter of the Laurel or Pelican, but one does what one can. 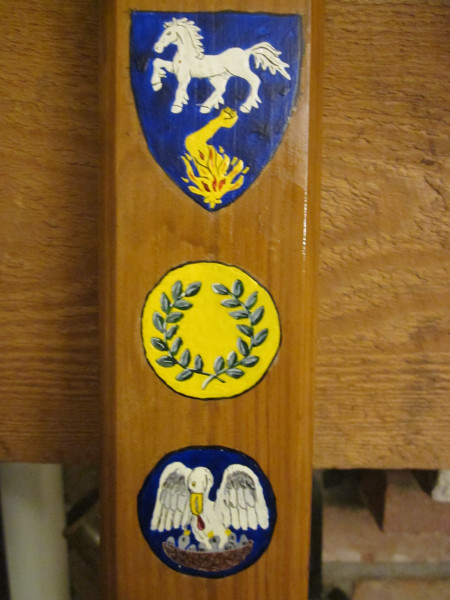 The Kingdom stuff: Maunche, Silver Crescent, and Queen's Order of Courtesy.  Her Grace Gabrielle tells me that was for "grace under pressure." 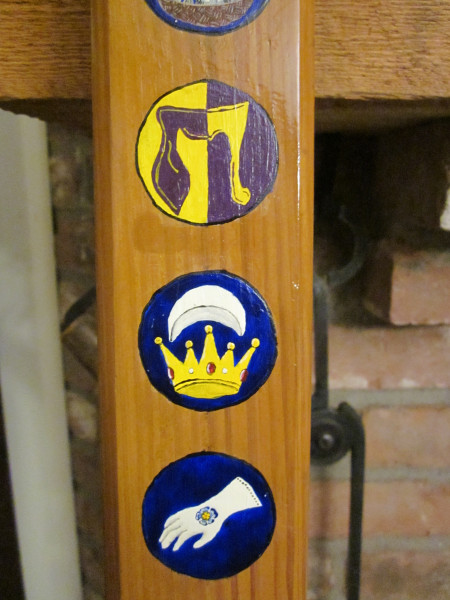 The Cyphers - two Queen's (Luna and Mouradh,) and one King's (Balfar.)  As a point of trivia, I received the very first King's Cypher ever given in the East.  His Grace thought I might enjoy that.  He was right.  :-) 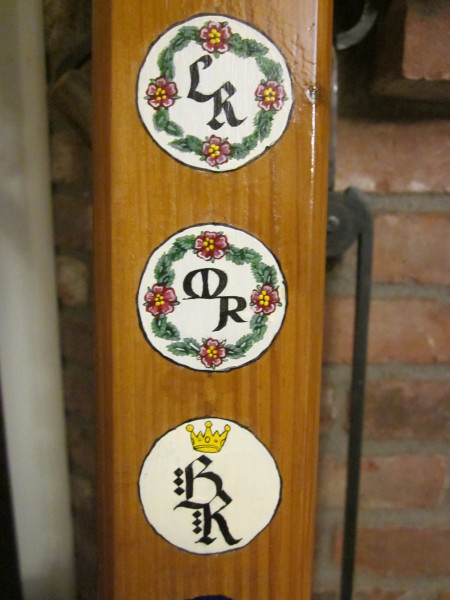 And the Barony stuff.  I'm missing one.  I clearly need to step up my game.  No court barony for me. I hate working with acrylics, but I'm reasonably pleased.  It's a tent pole after all.
Collapse